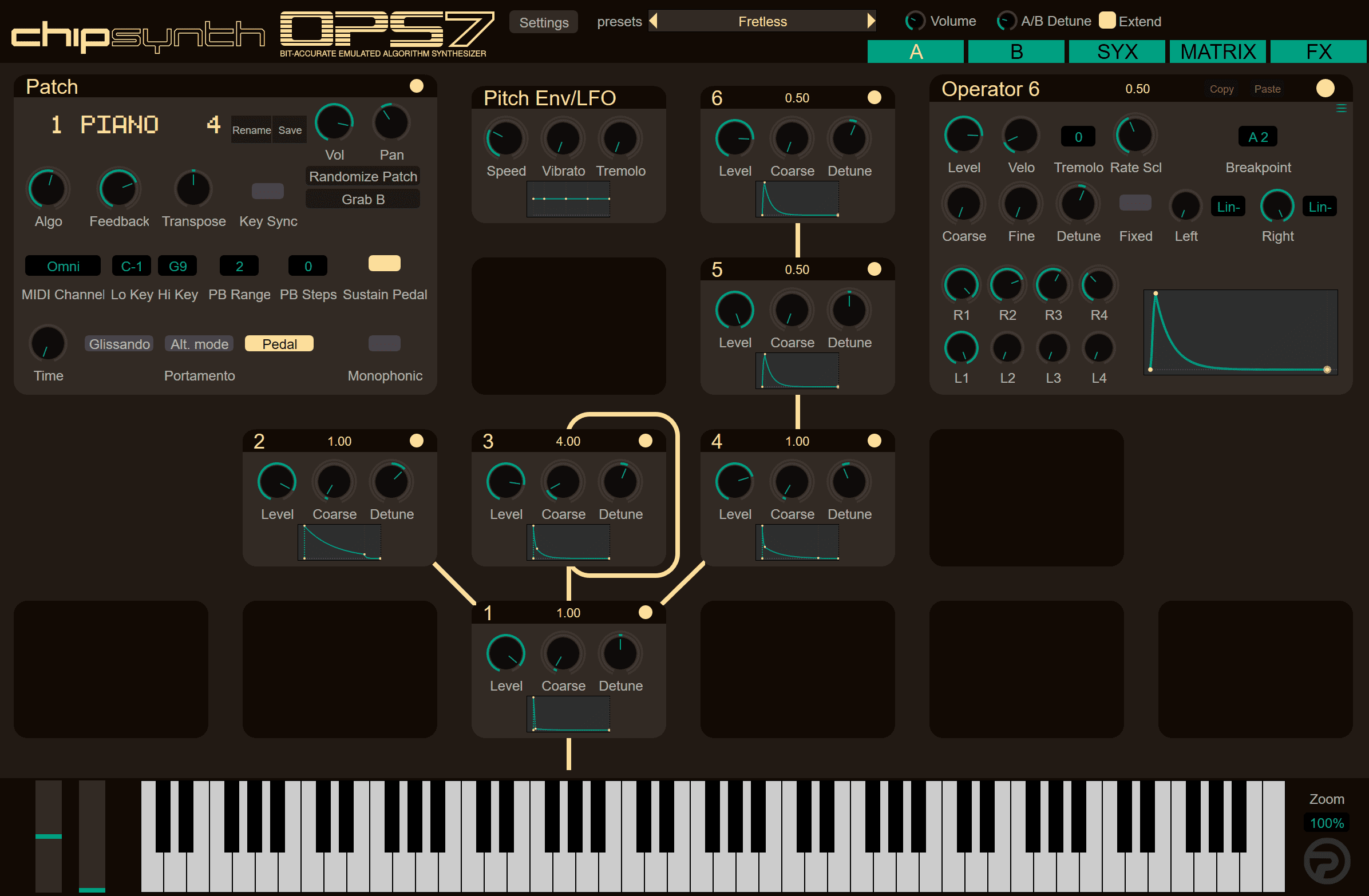 Yamaha’s DX synthesizers have been reproduced several times, but Plogue’s OPS7 plugin may be the most faithful replication yet.

While the OPS7 does not resemble a DX synth (don’t anticipate a skeuomorphic UI), it promises to become a “bit-accurate” revival of Yamaha’s 6-operator DX synth series, which began with the DX7 in 1983.

OPS7 offers huge FM tones that capture “every particle” of the originals’ sound thanks to its dual-layer technology, which was shown in later DX1 and DX5 models.

Plogue has shown its customary attention to detail by replicating the same envelope stepping patterns, which change note-to-note, every aspect of the pitch computations, and utilizing similar operator maths.

The firm hasn’t skimped on the analog front, though, promising all of the crunchiness of the original DAC.

What OPS7 differs from its counterparts is in its patch editing system, which does away with method diagrams and is meant to be more straightforward than on DX hardware.

But don’t worry: because SysEx support has been included, you can still load any of the old patch banks.

OPS7 is now available for PC and Mac as a VST/AU/AAX plugin. It is around £50 in price.