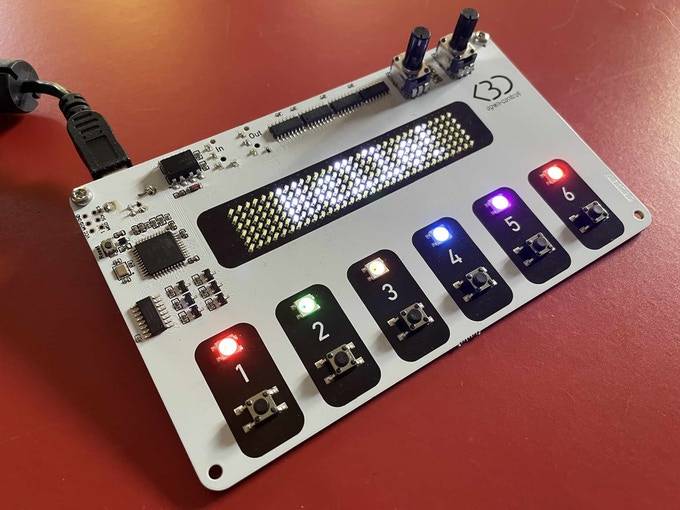 The developer Pierre-Antoine Grison has reached its pledged goal on Kickstarter to support the construction of Open-Control, a customizable control surface for Ableton Live.

Grison, also known as Krazy Baldhead, is an Ed Banger Records producer, an Ableton Certified Trainer, and has previously utilized Kickstarter to fund the manufacture of the State Of The Loop pedalboard for Ableton Looper.

open-control is available in three configurations – Pocket, Boxed, and Maker – allowing you to adapt both the hardware and functionality of the controller to match your needs.

According to Grison, open control was created with two key purposes in mind:

It should display information that other MIDI controllers do not, such as Scene names, Marker names, Variations, and so on. It should allow the user to readily pick what actions each button and knob should execute, without requiring any MIDI-mapping or scripting expertise.

The open-control project is being sponsored through a Kickstarter campaign, and it is offered to project backers at the following prices: 69€ for the pocket version, 129€ for the boxed version and 59€ for the Maker version.