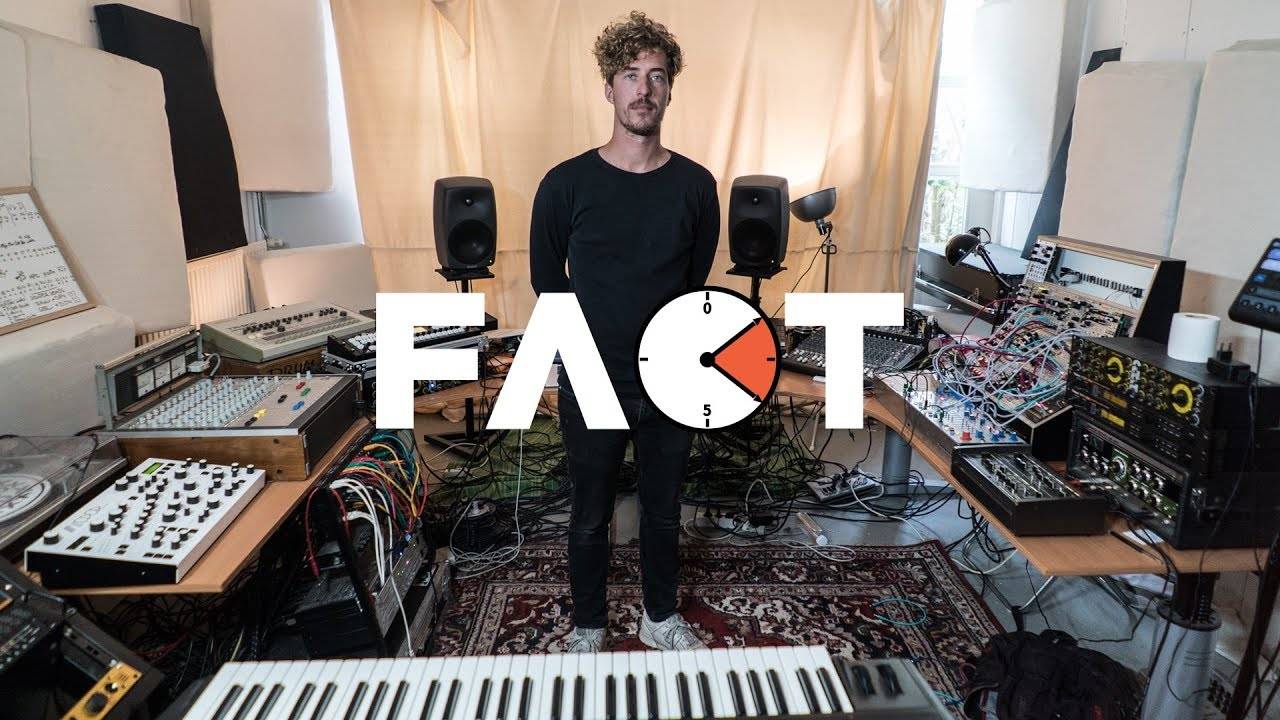 Against The Clock is a video series on YouTube where you can see music producers developing the main idea of a track in just 10 minutes. This series is produced by FACT Magazine since 2013 and has over 250 episodes. After watching all the episodes we decided to write this post with the videos that we liked the most to create our first Intaresu’s Pick. The videos are listed from the latest episodes to the oldest one.

Brandt Brauer Frick – Against The Clock

The classical-electronic ensemble Brandt Brauer Frick take the helm on Against The Clock and utilize instruments we don’t see much on the series, including a grand piano and a trombone. Watch how the Berlin-based five-piece recorded and produced the finished track in just 10 minutes.

DJ Windows XP from the Netherlands made this deep house track in 10 minutes in an Against The Clock sessions during ADE back in 2018.

Now it is the turn for the performance of Jordan GCZ consisting of dub sounds in a minimal approach setup recorded live from ADE in 2018.

DJ Haus – Against The Clock

DJ Haus set himself the challenge of making a dancefloor track in 10 minutes using his modular synth with no cables patched, to begin with, let the music speak for itself.

DJ Boring – Against The Clock

The Australian lo-fi house don goes Against The Clock using his Ableton Push and TR8 as main instruments.

Ferro – Against The Clock

Look inside Ferro’s studio and watch him in action, using synths, drum machines, and effects to build a loose, dusty minimal house track in just 10 minutes. Listen out for the Michael Jackson sample.

London Modular Alliance – Against The Clock

Two-thirds of London Modular Alliance, Phil Ventre and Gavin Pykerman, make a track in just 10 minutes using the array of hardware available in their store showroom. It’s an in-store demo like you’ve never seen before.

Jacob Korn – Against The Clock

German house and techno producer Jacob Korn shows his studio magic by laying down a peak time house track in under 10 minutes that blends the best of the old and new.

Primitive World – Against The Clock

Primitive World went Against the Clock at his home studio in East London, producing a minimal house track with the majority of it built on his SP-1200.

Dexter – Against The Clock

Holland’s Dexter walks the line between raw electro and high-res house and techno like few others and didn’t even need 10 minutes to make his track, he was finished in eight.

M. Geddes Gengras – Against The Clock

M. Geddes Gengras has released wide-ranging, synth-focused music over the last decade and decided to perform a 10 minutes jam in his modular synth.

Ossie – Against The Clock

Ossie decided to go with a minimal setup using his laptop and a Native Instruments Maschine to make a deep house track.

Save to favorites all the videos selected in this post in our YouTube playlist down below and let us know in the comments which one is your favorite.

Any cookies that may not be particularly necessary for the website to function and is used specifically to collect user personal data via analytics, ads, other embedded contents are termed as non-necessary cookies. It is mandatory to procure user consent prior to running these cookies on your website.