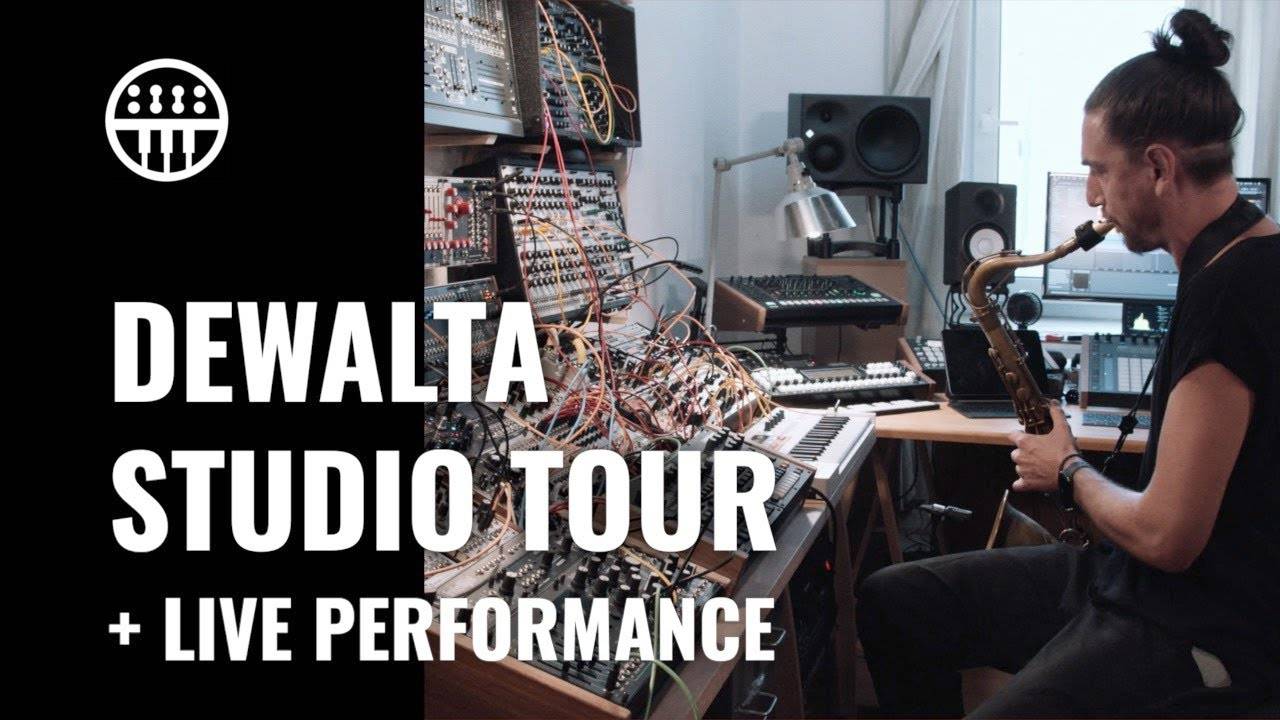 Thomann made a special trip to DeWalta’s Berlin studio where he staged a live performance and studio tour. In the video, DeWalta describes his compositional approach and the evolution of the synthesizers he uses to create his music.

DeWalta explains in the video how he creates his jams in his studio using synthesizers. He provides some examples of the greatest source of inspiration in the modular system.

In the live session for the tour studio, DeWalta utilized a Selmer Saxophone processed by Eurorack modules, the Intellijel Rainmaker, the SynthTech Deflector Shield, and the MN ‘Mimeophon.’

“I have to say it’s quite nice because you’re coming you come up with new ideas in the performance when you work with a sampler like that, so yeah I was using it for these pitch-down vocals also I think that’s pretty much it” says DeWalta at the end of the tour studio.

DeWalta’s music has a cohesive quality to it. It’s kind of indefinable, the powerful and forceful rhythm that propels these tunes is unmistakable, yet the lighthearted energy and maverick appeal belie David’s successful musical career.