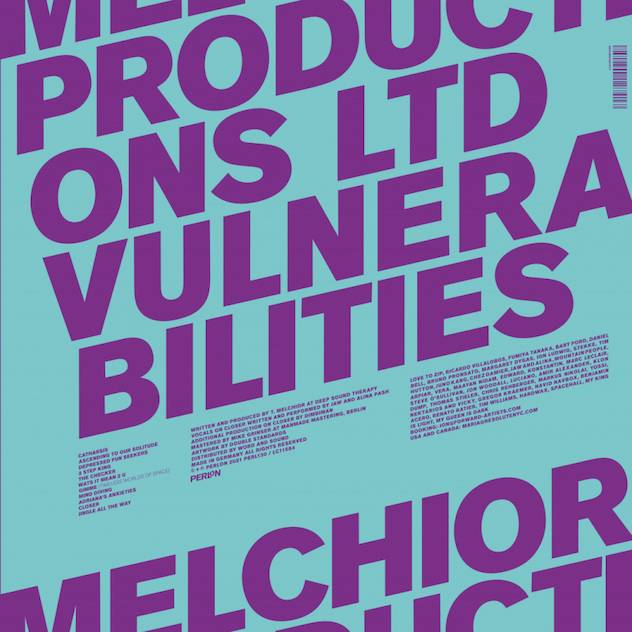 Melchior Productions Ltd will release a new album on Perlon

By Isaac ElejaldeJanuary 7, 2022News
No Comments

Melchior Productions Ltd AKA Thomas Melchior has a new album coming out next month on Perlon.

Vulnerabilities is the name of the new album by Melchior Productions Ltd and it’s the first album since No Disco Future, released via Perlon in 2007.

Microhouse, minimal techno, ambient, breakbeat, and other styles are all represented on the album. In February, 18th the 3xLP will be released.

You can pre-order Vulnerabilities now and listen to the previews on you favorite store: Yoyaku, Deejay.de, Juno, Decks.de.

“Over the last several years, I’ve had the mindset that dance records are a waste of time unless they include a lot of variation,” Melchior told Resident Advisor. “I suppose I was more focused on being a dance floor expert and releasing 12-inches on my labels Aspect Music and My King Is Light because I began DJing a lot more after 2007,” he says.

“Closer,” one of the album’s tracks, includes JAW and Alina Pash on vocals, as well as extra production by Perlon’s cofounder Dimbiman AKA Zip.