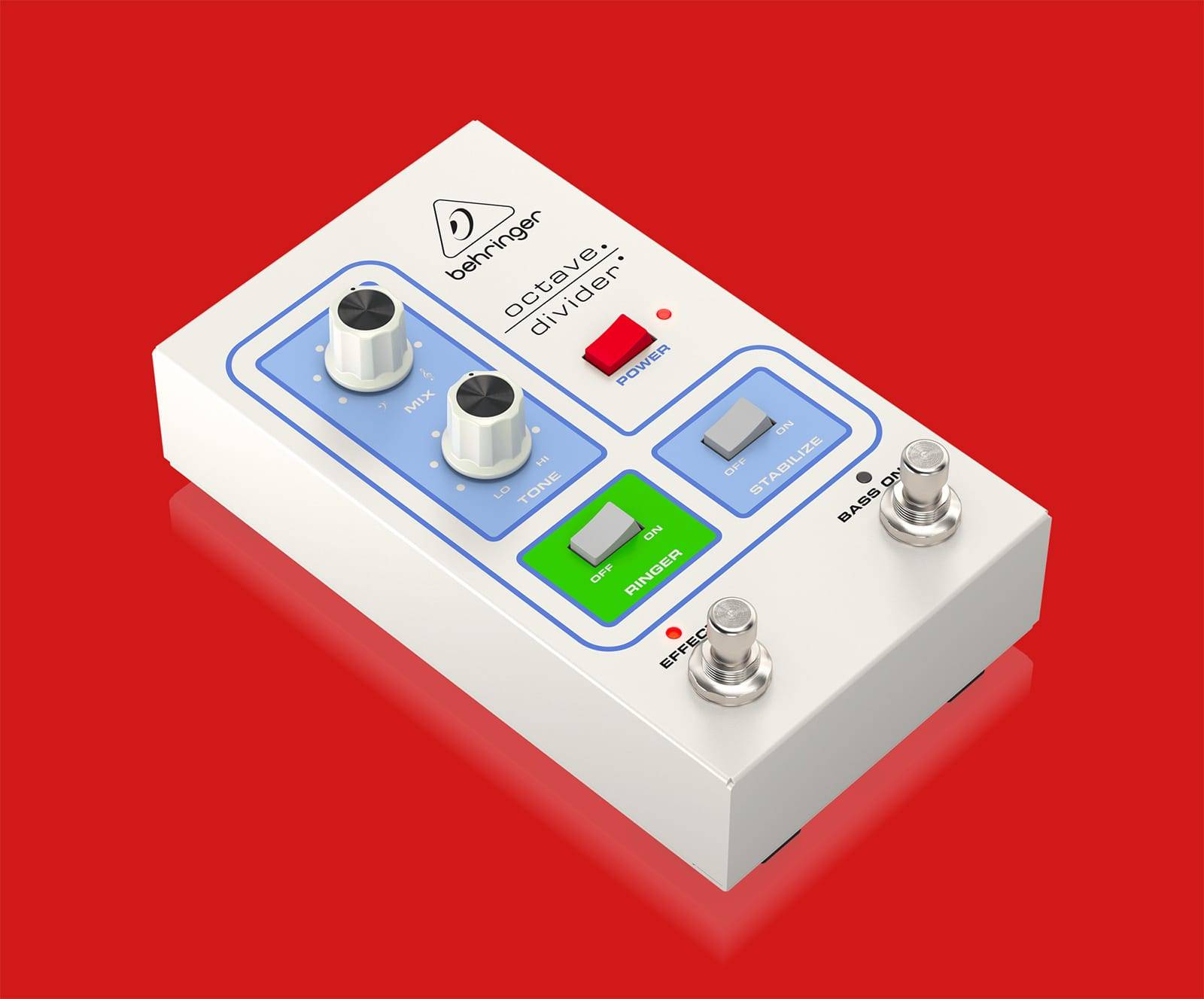 By Isaac ElejaldeDecember 14, 2021News
No Comments

Behringer has rediscovered the old Mu-Tron Octave Divider circuit. This may be a nice small product for those looking for a vintage ’70s effect but can’t find or purchase a Mu-Tron.

This latest Behringer clone is sure to bring a grin to a few people’s cheeks. This may be a good little addition to your sound arsenal if you play guitar, bass, or synthesizers. It’s a near replica of the Mu-Tron Octave Divider pedal from the 1970s, which sells for four figures in good condition if you can find one. The Octave Divider, according to Behringer, includes a “ringer function for harmonic emphasis of upper tones and unusual multi-note effects.” I’m hoping it’s as near as feasible to the original circuit. And, of course, it has the Sub-Octave effect for which the pedal is known.

The Octave Divider pedal features Mix and Tone control knobs, as well as Ringer and Stabilize rocker switches. One footswitch activates the Effect, while the other activates the Bass Only mode. The latter is a fantastic feature since it eliminates the dry signal, leaving just the sub-octave. Finally, there’s a red Power switch with a status LED that indicates whether the pedal is on or off. The In, Out, and AUX In connectors are all based on the original Mutron pedal.

It appears to be visually identical to the original, and the official demo video below sounds similar to what I’d expect from an ancient Mu-Tron Octave Divider. I’m excited to hear what gamers have to say about this clone. Could this be the start of a trend? Behringer has been replicating vintage synth circuits for a few years now, so it’s reasonable to expect more Mu-Tron-inspired Behringer products in the future.

The device is exclusively powered by an external power supply and operates at 9-12 V DC.